While searching for a few interviews I did way back in the ‘90s, which either aren’t on the www or the links no longer work, I re-discovered a box of old floppy discs! Took out the discs, connected my floppy drive via USB, and starting going through stuff. Sadly, there’s a few interviews on discs that are no longer useable, but I did find plenty that were included way back in a print fan-magazine I used to do. Many of these were before the internet, and I have a pile that only exist in type form – not even on floppy disc…not sure how I’ll get those together.

Anyway, this is an interview I did with Canada’s Aldo Nova in May of 1996. At the time I didn’t have the internet yet, and questions and answers were sent via fax!

From May , ’96 – “A few issues back I featured ALDO NOVA. Months later I got in touch with Aldo (thanks Yves Monast!), and he was kind enough (and quick enough) in answering my questions. AIdo was something of a phenomenon when he broke onto the scene in 1982, but by the mid-80s had virtually disappeared from the music scene. He since returned in ’92 with the album “Blood On The Bricks” (with the help of longtime friend – Jon Bon Jovi), and more recently has completed a new album titled “Nova’s Dream”. “ 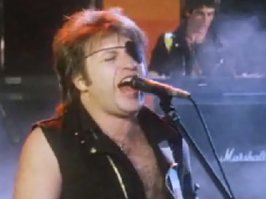 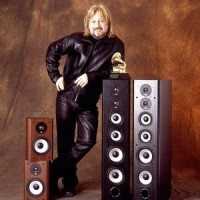 Q: What were your earliest musical influences? Any favorite musicians while growing up?

AN: Jimi Hendrix, Alvin Lee, Woodstock, and The Who.

Q: What lead you to take up music as a profession? What instruments do you play?

AN: I started playing guitar when my mother died to beat the blues. I never thought I was going to make a career out of it, but I sort of fell into it by accident. I play just about anything given a short time to assimilate the instrument – something which never ceases to amaze Jon Bon Jovi.

Q: What was your early association with Jon Bon Jovi?

AN: I was mixing my album “Fantasy” at The Power Station and Jon was an assistant there. We would meet in the halls, and we sort of connected right away. I would invite him into the sessions and we became friends. He would come to my place and hang out, and then when came the time to do a demo of “Runaway” (ed: Bon Jovi’s first hit single), he asked if I would play guitar, and I did. I ended up playing keys and singing backing vocals on the first album. We’ve been friends for 15 years now and get along better than ever.

Q: How did you come about to sign with Portrait (CBS)? Do you feel they did a good job in promoting your albums?

AN: I came to Portrait through a publishing firm called ATV Music. The album was already finished, but they suggested that I remix with Tony Bongiovi. I think that they did a great job on the first album. And the failure of the following albums was my fault. The writing wasn’t up to par. I was a complete asshole at the time – which didn’t help my relationship with the record company. Mea Culpe!!!

Q: What inspired the lyrics to “Fantasy”??

AN: My first trip to New York City. I basically described what I saw. Don’t forget that I had never left Montreal ’til I was 21 years old.

Q: Where did the concept idea for the “Subject” album come from?

Q: What lead you to cover Coney Hatch’s “Hey Operator”?

AN: I wanted to produce their album, so I did one of their songs to show them what I could do. It didn’t work to say the least.

Q: What inspired the ‘anti-drug’ lyrics to “Monkey On Your Back”? Are you an advocate against drugs?

AN: The lyrics to “Monkey…” were basically aimed at myself. It was a form of rejecting what I was doing to myself at the time. Everything I write comes from somewhere else, or very deep down inside. The lyrics were very factual, and ahead of their time. People got turned off because they sounded preachy. Luckily I managed to beat all my demons. Yes I believe in God, but it is something that I keep to myself. I wouldn’t have survived this long if not for the guiding hand of someone to lead me around.

Q: Why was “Twitch” so ‘pop’ oriented, and less rock’n’roll than your previous 2 albums?

AN: It was a decision of the record company to have a more adult sound. At this point I really was not into being an artist anymore, so I just wanted to get over it. My sights were on being a producer, which is what I do now and am very happy.

Q: How did you come about to play on Blue Oyster Cult’s “Take Me Away” (ed: from 1983’s “The Revolution By Night” album)”? Did you record anything else with them? Do you keep in touch with any members of BOC?

AN: I wrote the song and had already done a version of it myself. I thought Bruce Fairbairn’s production was good, but he forgot some key elements. I booked a studio in San Fransisco, and did a ton of overdubs on my own. I still talk to Buck Dharma, but not very often. 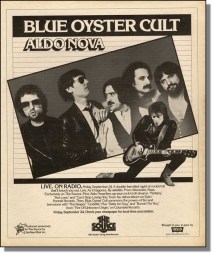 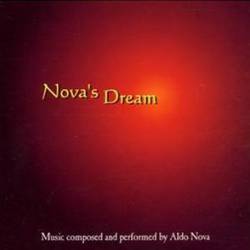 Q: What did you do following the Twitch album and before you returned with 1992’s “Blood On The Bricks”? Any recordings?

AN: I went home to Montreal and started to produce albums for Quebec artists. It gave me a lot of experience and started my relationship with Celine Dion since I produced her album “Incognito”. A relationship which blooms to this day, since I wrote 3 songs on her new album “Falling Into You”, and produced 2.

Q: What lead you back into rock’n’roll with Blood On The Bricks? What role/influence did Jon Bon Jovi play?

AN: I had done all the demos, and arranging on the “Young Guns” soundtrack (ed: Jon Bon Jovi solo album), and I had this plethora of songs that I played for Jon. He offered me a deal on his own label, and off we went.

Q: What have you been doing since Blood On The Bricks?

AN: Producing a ton of records in Quebec. Lately I have done Celine Dion, in English, a new artist called “Jetsam” on Sony – also in English, and am presently working on the Jon Bon Jovi solo album. I have a new album, “Nova’s Dream”, which is world music, and is on BMG.

*here’s a link to a more recent interview with Aldo > http://rockshowcritique.com/2012/09/int-nova/