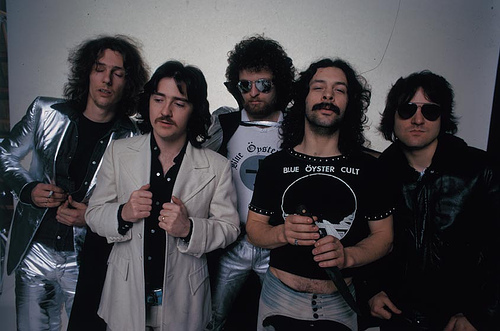 ‘Don’t Fear The Reaper’ was Blue Oyster Cult’s first and biggest hit in 1976, after 3 albums. The song became etched in American pop culture in 2000 when a skit was made of it on Saturday Night Live with Will Ferrell and Christopher Walken; having fun with the recording of the cowbell [which in turn inspired the song “More Cowbell” by Blue Coupe!]. BOC fans know the band was one of the best from the US in the ‘70s, originally signed by Columbia in hopes to be a response to the heavy bands on Warner Bros at the time – mainly Black Sabbath, but BOC were never simply a heavy ‘metal’ band, loads of variety, rockers, ballads, with 5 guys that all wrote and could sing lead. They had their own themes and stories in the songs and albums [see my interview with Albert Bouchard], a cool symbol [an idea taken on by other bands], noted for their lazer show in the ‘70s, but to us fans – a string of classic albums from ’72 to 81!  The band’s output [and quality of] declined when [drummer] Albert Bouchard left, and then [bassist] Joe Bouchard a few years later. Main singer [and guitarist] Eric Bloom and lead guitarist [and often lead singer] Donald “Buck Dharma” Roeser still tour with BOC today. The Bouchards have an excellent little band [and a few cool band and solo albums] called ‘Blue Coupe’ [along with Dennis Dunaway of the original Alice Cooper group]. There was no one else like the original Blue Oyster Cult. So, here’s my recommended list of BOC classics, more so for those thinking they were just the band with the cowbell song!

Cities On Flame With Rock And Roll

From the first album in 1972. The band’s first great rocker, an anthem and permanent live favorite, penned by Donald Roeser and Al Bouchard. Those first 3 albums were in a class of their own.

Not exactly sure what this eerie tale is about, vampires[!?] , but always loved this from Tyranny & Mutation, penned by Albert and Joe Bouchard. A dark heavy riff, playing around piano / acoustic verses, cool lengthy solo, and heavy chorus.

From the second album, one of Joe Bouchard’s biggest contributed tracks in BOC. A classic early rocker; Joe drives this song with the bass, and it’s a killer. Fast paced, heavy on the guitars…BOC was not so smooth sounding early on, made to be played loud.

The opening cut to Secret Treaties, penned by Al Bouchard with Patti Smith. such an energetic track. Based mainly on Allen Lanier’s organ sound. creepy, gothic stuff about doing anything imaginable wrong to somebody. – “I choose to steal what you choose to show, And you know I will not apologize.” 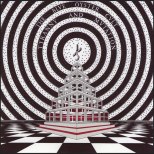 Epic from the Secret Treaties in 1974; written by Albert & Joe Bouchard with Sandy Pearlman. Originally composed on piano and keys, so eerie and cool. Not exactly sure what this all about [some interesting discussion at > www.songfacts.com] . I like the various versions [the Some Enchanted Evening live version and the 1988 Imaginos re-do],but the original is my fave BOC track. – “it’s the nexus of the crisis, and the origins of storms”.

Al Bouchard – “Pearlman was always reading every kind of esoteric book imaginable so that had a lot to do with our subject matter.”

I think I grew to love this dark rocker because it leads in to “Astronomy” on the album, and since there no break between the songs, I always play[ed] them together! Cool and rare synth & piano solo, followed by a classic Buck Dharma solo. Co penned by Donald Roeser, Albert Bouchard, Sandy Pearlman, and Eric Bloom. …”and the jokes on you” …. I really gotta figure out these stories in the songs…

This Ain’t The Summer of Love

The lead off track from Agents of Fortune – such a strong album [see ETI, Morning Final, Debbie Denise..]. Great guitar chugging intro and then band crashing in; a short, powerful rocker! Co-written by Al Bouchard, Murray Krugman and Don Waller, but given a fitting vocal from Eric Bloom. Lizzy Borden did a decent cover of this.

A classic rocker from Agents of Fortune, penned by Al Bouchard [who also sang it] along with Helen Wheels. Love the chorus and harmonies, great lyrics – “I love you like sin – but I won’t be your pigeon”.

A classic Allen Lanier penned track. kicking off with piano, a bit of funk and lots of changes, melody, and a great vocal from Eric Bloom. Love this one; very different!

One thing BOC almost always managed to do was have kick ass rockers open each album side. This song was written with the live show in mind; great riff and intro, short and to the point! Written by Al Bouchard and Sandy Pearlman.

I Love The Night

BOC did so many different tunes, and some classic ballads, such as this haunting one from Spectres.Also penned and written by Buck Dharma. Great melody and harmonies. – “the day is ok and the sun can be fun…”

From 1979’s Mirrors. This had some great songs, but the production was a bit too tidy, attempting to perhaps pull some radio friendly tunes!? But “The Vigil” [co-written by Donald and Sandra Roeser] stands out as a late in the game BOC epic; lots of changes, lots of guitars, harmonies, and big production. One of Buck’s best!

Written by Donald Roeser for Cultosaurus Erectus, as a reaction to the Iran hostage situation. Great vocal from Eric Bloom, a slower paced, guitar heavy, dark classic. Produced by legendary heavy producer Martin Birch [Sabbath, Deep Purple, Maiden..] to bring the band back from the aor approach of Mirrors. – “If he really thinks we’re the devil, then let’s send em to Hell.” 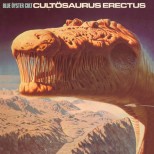 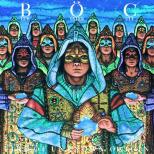 From Fire Of Unknown Origin, the last to feature the original line up. Love the classical piano intro and then the band stepping in. great lyrics, with humor, very theatrical. The band even shot a video for this song in ’81.

Al Bouchard – That song was inspired by the book “Mommy Dearest” and also the behavior of my ex-wife one day while David Roter, Jack Rigg and I were trying to record a demo. Joe wrote the intro but Allen played it.

The band’s other top 40 hit, and probably 2nd best known song, from Fire Of Unknown Origin. Penned by Richard Meltzer with Buck Dharma, who sang it. A more mainstream rocker about the rock n roll life. – “Burn out the day, burn out the night.”

*Drop me a note and let me know what ya think! BOC fans – feel free to add in omissions and insight. [thanks]

Here’s a few more BOC links for you…

One thought on “BLUE OYSTER CULT : Classics – without the cowbell!”