Angel was a Washington, DC based band in the mid – late 70s, who released 5 studio albums, and one double live set. The band was signed to Casablanca Records [home of Kiss and a lot of crappy disco]. Band members have recalled over the years that is was Gene Simmons who put in the word for Angel to get signed [and signed unseen or heard] but with the premise that the 2 bands would never tour together. Angel came out in all-white outfits, looking very glam, with a classic logo that could be flipped upside down to look the same, and a stage show where the band would simply appear and then disappear [see the pods in Spinal Tap].

The band’s self-titled debut was a much more progressive album, mixing some imaginative and storytelling lyrics with big keyboard intros, lengthy heavy guitar solos, and epic songs. This continued on with the “Helluva Band” album, which was a bit heavier IMO, and their finest release. By the third album – “On Earth As it Is In Heaven”, change had set in as the band was looking for more commercial appeal; gone were the almost all of the epics, and heaviness, replaced with attempts to appeal to the same sort of listeners as perhaps Kiss. My least fave Angel LP! The band’s “White Hot” album featured a few standout rockers, but they were still getting further from their progressive beginnings, and including some cheese and a cover for commercial appeal. The band’s fifth and final studio album – “Sinful”, was further still, but I quite liked this album; ahead of it’s time with 80s type glam rock/metal. Plenty of great songs here, and a shame it wasn’t a hit. Note: It was originally titled [and pulled by the record company] as “Bad Publicity”, dropping the band’s all-white look on the cover.

Following an appearance in the movie “Foxes” [with 2 tracks, one being disco!], a double live album [“Live Without A Net”] would be the end for Angel. The double live release would include Angel’s version of “All The Young Dudes”. Sure, band members [a number of changes] tried to carry on, but with no success in landing a new record deal, and eventually members threw in the towel and name.

One wonders if the band had stuck to their original heavier / prog direction, or toned down those white outfits and make-up, or not been on the same label as Kiss for so long if things could’ve been different. Musically, Angel had some great material, and I will put the first 2 albums ahead of many other 70s American HR releases by bands who went on to have far more success.

Guitarist Punky Meadows passed up opportunities to join Aerosmith, then Kiss due to his loyalty to the Angel brand. Singer Frank Dimino went on to record with Paul Raymond [UFO], and would resurrect Angel in the late 90s with mostly new players. Keyboard player Greg Guiffria went on to form Guiffria, who released a couple of albums and had a hit with “Call to The Heart”, as well as landed opening slot for Deep Purple’s 1984 reunion tour. Guiffria also featured the vocals of David Glen Eisley [who’s released a couple of great solo albums], as well as guitarist Craig Goldy [ex Dio], and bassist chuck Wright [ Quiet Riot]. Bassist Frank Robinson went on to a number of lesser known bands, tho he played on the debut White Lion album, and drummer Barry Brandt would join Dimino in the reformed Angel. Original bass player Mickie Jones passed away in 2009. Meadows, Guiffria, and Robinson would all eventually get out of the music business. 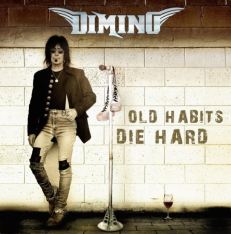 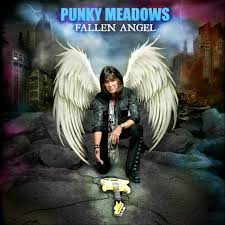 In recent years tho Angel members have been active again. In July of 2015 Frank Dimino released his debut solo album “Old Habits Die Hard”. Dimino’s album is a great mix of straight ahead hard rock, a few ballads, and features a long list of guests, most notably Punky Meadows on the lead off rocker “Never Again” [and featured in the video], Rickey Medlocke [ex Blackfoot, Skynyrd], and Pat Thrall [ex Hughes-Thrall, Asia…]…. Some cool rockers in “Never Again”, “Rockin in The City”, and “Sweet Sensation”, as well as power ballad “Even Now” [this one reminds me of Angel’s classic “Feelings”].

After years of not being heard from, guitarist Punky Meadows put together a solo band to record his first album since leaving Angel – “Fallen Angel” was released in May of 2016, and also features Felix Robinson on bass. A bit heavier than Dimino’s album, with Meadows’ guitar being the draw, and rhythm guitar from Danny Anniello; this has a few choice heavy rockers with “Straight Shooter” and “Loaded Gun”, and a few more cool rockers in “Lost And Lonely” and “The Price You Pay”. The instrumental title track is the highlight for me; closing this album in one lengthy rock jam.

While both albums are strong collections of hard rock, I can’t help but wonder how cool an Angel album would be at this point [!?] Definitely heavier than where the band left off in 1980! The band did get together last May for the Las Vegas Hair Metal Awards, where they were honored, after last being together over 35 years ago!

I also want to mention that long time Angel fan Brian Balich had taken to publishing an Angel fanzine [print] in the late 90s, titled “Bad Publicity”. These are cool informative collectables, and much appreciated at the time. There are also a couple of very in-depth interviews online with Eddie Trunk, who has been very supportive of the band and both Dimino’s and Meadows’ solo projects – well worth checking out.

*Both Punky Meadows and Frank Dimino have upcoming concert dates posted at their sites!

Anyway, here’s my list of Angel classics from the band’s time which started in ’75 and faded out in 1980. 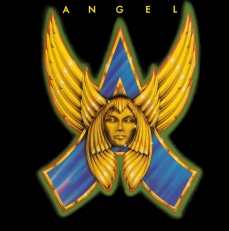 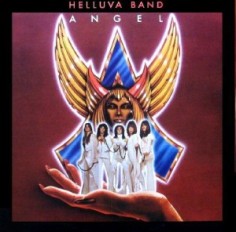 A grand opening, complete with video game sounds in this lead off epic track to the band’s debut album; heavy and progressive; a fan favorite, and a concert opener. Lyrically, Angel had some storytelling and fantasy themes going in early songs. As with most of the band’s songs The Tower was written by Guiffria, Meadows, and Meadows. Also, well known for the promo video footage that has been out there forever.

Classic ballad from the band’s 1975 debut. Grand arrangement from Guiffria on keys and strings, and a fitting vocal from Frank Dimino on this haunting tale.

From Angel’s second album ‘Helluva Band’ in 1976. This is one of the band’s better known tracks. Dramatic intro from Gregg Guiffria, with Frank Dimino’s vocal coming in softly as this song builds up to an epic tale of someone awaiting their fate at the gallows. Lots of light and shade back and forth, acoustic guitar, killer solo…. Never understood why this track was left off of the double live album ‘Live Without A Net’. !?

The closing track on On Earth As It Is In Heaven. Lengthy proggy intro from Gregg Guiffria sweeps in before the band kicks in… you’d almost think this was ELP for a minute. This one could’ve gone on longer. 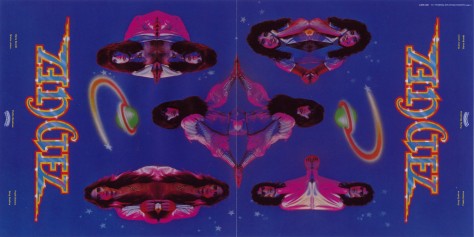 Straight forward rocker from the band’s last album ‘Sinful’ in 1979. Cool riff played on the keyboard overtop of guitar. A short, to the point aggressive track, with a great performance from Dimino and nice mix of keys and guitar – that make this the heaviest track on the album.

A classic power ballad. Better Days was issued as a single only, and left off of the album White Hot in favor of the ballad The Winter Song [aka The Christmas Song]. Great vocal, piano, moog, and killer solo from Punky Meadows.

From their debut. This one features a very heavy riff / intro from Punky Meadows, and goes on as sort of a lengthy heavy jam type of track. One of those early Angel songs that makes you wonder that this band could’ve been more Zepp-heavy, with a wee bit less keyboards! Barry Brandt kills this as well. 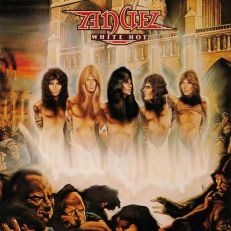 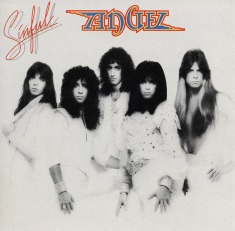 I really liked the heavy production on Helluva Band, and this ballad, with piano intro and outro from Guiffria is classic. Starts out soft, but is one heavy song.

The lead off track from On Earth As It Is In Heaven. A pretty strong pop rocker, although I aint crazy about the chorus. What sticks out is the guitar brake, which reminds me so much of Boston [Don’t Look Back?]

Got Love If You Want It

Like the intro from Guiffria, and build up to this rocker, that kicks off side 2. Felix Robinson’s bass kinda drives this one. Must’ve been a cool live song. The album White Hot may have been the bands most straight forward rock album, albeit with one cover tune I never liked [or understood why] and a ballad. 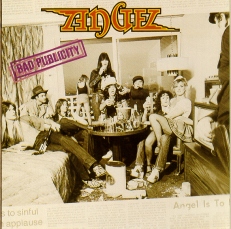 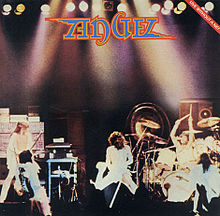 Originally produced by Georgio Moroeder for the “Foxes” movie soundtrack. This was Angel being slightly more disco than Kiss! The live version rocks a good bit more though. Great song.