Artist Dave Field was around for the golden era of British pop & rock, during the mid 60s to mid 70s, and wound up drawing and designing a number of classic rock and reggae album covers during this era. He would wind up working on albums by AC/DC, Manfred Mann, Nazareth, Rod Stewart, The Rolling Stones, Uriah Heep, Eddie Grant; as well he’d create a number of band and record label logos.
He’s recently documented those days of his career in a new book titled “Cheques, Drugs & Rock ‘n’ Roll”, via New Haven Publishing . It’s an entertaining read, telling Dave’s rise to becoming a name album artist, his work and brushes with some of Rock’s greats, details of many of his classic covers and memorable logos, and some of the wild parties and antics that occurred.

For more on Dave’s art or his music, check out these links. (*Book ordering links at the end of this page.) 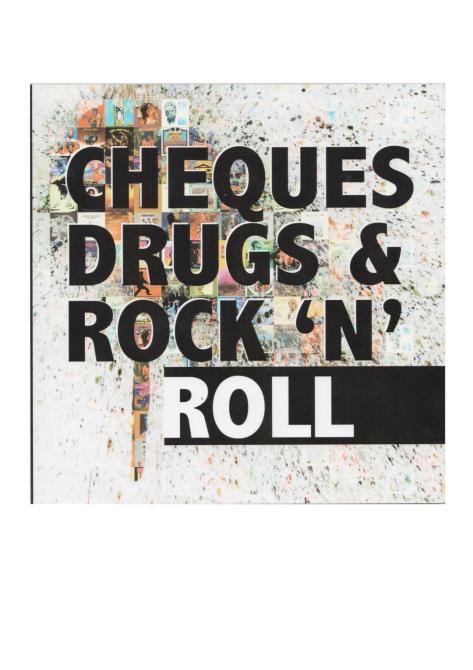 Your story is not what I expected — You started out wanting to be a rock star, but wound up getting in the business through your art. Is that latter part fairly true?

It was the dawning of the sixties and at the age of about 11, I had only been influenced by my older brother’s taste in music, mainly Elvis , Bill Hayley, Lonnie Donnegan, Gene Vincent and the fifties rock and roll icons, although I did get into Buddy Holly in a big way. I started listening to the new rock and pop bands that were emerging and changing from America to Liverpool and London and coming from a small village in Nottinghamshire, North East Midlands and my pipe dream was to be a rock star.
What made me choose a more realistic career was that I was top of my primary school at art and I won an art competition out of about 200 schools in Nottinghamshire with a road safety poster design.
From my rebellious higher secondary education years at Newark Grammar School, I went on to a freer and more liberal environment at Mansfield College of Art and took a vocational course which was more geared to design in the workplace. Two of the tutors were from London and I was encouraged to set my sights in the design and advertising field in the capital.
Whilst at high school and at about 1S years of age, I formed a band with my mate Derek who owned a red and white Burns Guitar, and modelled himself on Hank Marvin of The Shadows; With other mates, Cliff on drums and Olly on bass I was the singer, we called ourselves ‘West Point 5’ for some reason and we played village halls and friends parties; we did all the hits of the day – ‘Good News Week’, House of the Rising Sun; ‘Keep on Running; a few Buddy Holly Numbers, ‘Satisfaction’ from the Stones, Beatles, Hollies, Manfred Mann, etc., etc. I was amazed how cool it was that even at our level, I would be swamped by screaming girls and having my shirt ripped from my back and being adored by chicks, I was living the dream.
Having completed my 2 year vocational course at Art College and choosing not to go on to get a BA in Graphics, with £50 savings in my pocket, I headed for ‘The Smoke ‘, London here I come. I dossed on the floor of my brother’s mate’s flat and searched, knocking on doors for a job in the advertising, design business.

You created a lot of classic album covers and logos, but you got out of it in the late 70s. You cited punk and changing times in the industry; do you regret leaving that phase of your career behind?

I do regret leaving the music biz, but times they were a changing. 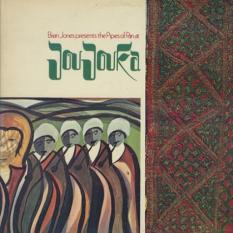 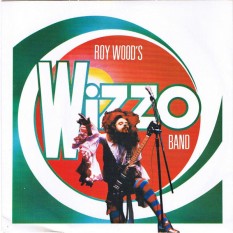 What would be your most iconic and recognizable work and designs – in advertising and LP covers?

You met and made numerous contacts, friends, and influential people in that period from late 60s to mid 70s. Who had the most impact on you professionally and personally?

I was impressed and influenced by Derek Taylor, the Beatles’ press officer, Dezo Hoffman, the Beatles’ personal photographer who had a major input for their films ‘Help’ and ‘Hard Day’s Night’. Derek gave me an ‘in’ to some big names and Dezo let me rent a room to set up studio in Chinatown in the centre of the West End of London. Richard Perry, Captain Beefheart and Harry Nilsson’s producer. Manager and promoter Terry King. Trevor Churchill, the Stones ‘ caretaker manager for a period and Derek Nicol of B&C Records and Mountain management, Sydney Pemberton, Don Baines and Max Rayner from my Advertising days.

There were a number of huge album artists back in the day – Rodney Matthews, Roger Dean, Storm Thorgenson – anyone who you really got on with or admired? [if there’s such a thing as a fraternity of album artists]?

I met Roger Dean for a spell, there’s a section in my book about that and the only time I met Storm Thorgenson resulted in me telling him to fuck off, when he asked me if I was his taxi. I am however in the book of the album covers, a few times.

There wasn’t a fraternity, most artists were freelance or working out of their own studios and the only time we seemed to meet up was when tendering for jobs at record companies etc., work was mostly competitive, although saying that, I normally had a few jobs on the go at any one time. 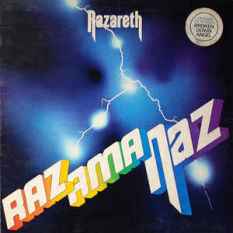 Have you kept a large stash of photos and unused art sketches or roughs that might be found in your book?

Unfortunately, apart from some photos from my session with Jagger and some stuff from the make up of the Brian Jones’s ‘Joujouka’ album, the only other piece of work I have is a first pull of a silk screen poster for Pink Floyd 1974 Japanese Tour which I did with a mate of mine Roger Riley the chief silk screen printer and designer for Big O Posters, the leading poster printer of the time. The story about this is in the book.

Is there anyone from that era that you keep in touch with and still work with or socialize with today?

I still contact Eddy Grant from time to time, as well as members of Alex Harvey Band and Nazareth. A great many people I knew are no longer with us. 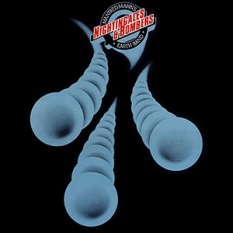 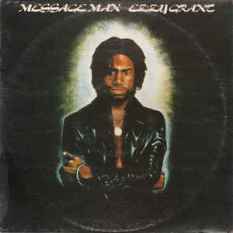 What field do you work in now [or retired]? You are still active as an artist?

After leaving London to relocate in Mid Wales, I worked as a freelance designer/illustrator, working again in industry doing work for local businesses in and around my county until 1986 when I was head hunted by a publishing company Pictura Graphica, based in Sweden to produce book illustrations, posters and greetings card produce and then a Cotswold based company Paper D’Art. In 1998 I went pretty much full time for a company Excelsior Graphics based in Warrington until we were taken over by the corporate giant, Card Factory where I became chief Illustrator until opting for redundancy in 2012, due to relocation issues.
I still l do art and commissions when I can get the work, things have changed since I last was freelance and I find the workplace some what ageist.
I now am seriously in need of work, I’m struggling a bit and finding it hard to exist on a state pension.

You now play music. Can you tell us a bit about how and when you got back in to that? and a bit about your band and musical influences?

I’ve always been in some sort of band, usually rhythm guitar and backing vocals, but now I front my own band The QUIRKS, I lead sing and write and compose most of our material. We play local gigs and small town festivals and we have supported The Pretty Things in Wolverhampton. We are told that we are a cross between Zeppelin, The Clash and The Floyd.

One thought on “An Interview With Artist DAVE FIELD”