John’s albums with Asia were a few of my favorites growing up – especially the debut, and that was long before I discovered his past with King Crimson, UK, Uriah Heep, etc… That first album was huge back then, and it’s hard to imagine any albums having such an impact these days. By the time Asia ended in the late 80s, I had moved on to other bands [a few such as noted above], but upon getting to hear John’s solo album “Battle Lines” [94] I loved it, and felt [still do] that it was the best thing he’d done since that first Asia album. I was also given the opportunity to interview him at the time twice [on phone , then in person] for a local magazine. After the first phone conversation, a lengthy one to the UK, John let me know he’d be over near Niagara soon – in Buffalo, New York. A few months alter I requested a press pass and an interview – and got to sit down with John prior to his solo [acoustic] show at Nietzches in Buffalo. Those were 2 of my favorite interviews I’d ever done. John was happy to talk about any period of his career, from his early days to his favorite King Crimson album [Red], to his 2 records with Uriah Heep, Wishbone Ash, UK, Asia, and his then-current album and tour, where he joked in comparison to the 80s “where I’m not so big anymore”. Being a Heep fan I wanted to talk a good bit about that period, and John spoke of that time fondly, despite it ending with his departure and David Byron’s firing. He was friends with David for years after Heep, recalled how he’d gotten a German Shepherd pup from David a year before David passed. He also recalled hearing from David just a few months prior to David’s passing, with David offering back a mellotron he’d bought from John many years before, and that he was one of the few from the music industry to attend David’s funeral in 1985. Regrettably, I had a shitty camera back then that I took with me, which would regularly stick, so the photo I had of John and myself stuck during being taken, and I was cut off. I did get one of John, but took none during the show. It was a great solo performance of tracks from Asia, UK, King Crimson, and his solo album Battle Lines; with a lot of die-hard fans shouting out their favorites, and 2 encores! I recently pulled out the tape of those interviews and listened through, and am currently listening to a rough recording of that show, as well. 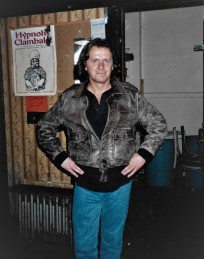 I did get to interview John years later, via email, for 1 or 2 of the reunited Asia albums, but never got to see him again. When the band passed through the area on the last tour of the original 4 – I hadn’t been paying attention and was too late to get the time off work, but figured I’d see them next time – which there wouldn’t be! There would be 1 further album [with Sam Coulson replacing Steve Howe], but sadly John’s bout with cancer took him far too early. It was a shock to read the news and the first ‘rock star’ passing that really upset me. In his later years John overcame a lot, and put out some of his best music on those last 4 Asia albums, particularly “XXX” – which is my favorite Asia album since the first one. There have been plenty of bass playing-singers out there, but none who covered so much ground, playing with so many different bands, and being a huge part of so many classic albums as John had been. RIP 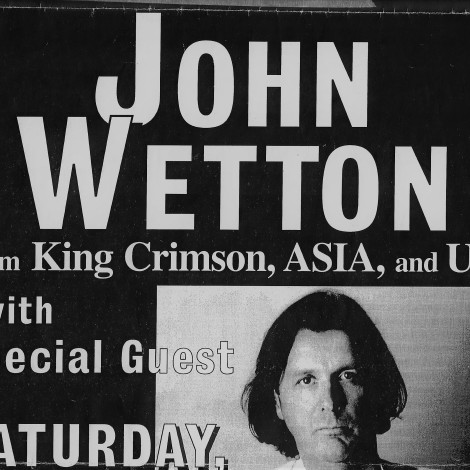 This was hard to pick as I have a few favorite albums that I could’ve easily picked multiple songs from [Asia, Battle Lines, KC’s Red…]

Starless
I love this song in any version – live or live and abbreviated, such a great melody, and the original version cranked up is pretty crazy – very intense and heavy.
https://www.youtube.com/watch?v=OfR6_V91fG8

One Way Or Another
John co-wrote 2 songs on High & Mighty with Uriah Heep, and sang lead on this one. A majestic rocker that started off the album, and was the single in a few countries. A shame it never caught on.
https://www.youtube.com/watch?v=tamqKHVM3lc

Nothing To Lose
From the 2nd UK album. More pop oriented, less prog than the debut, but a great track.
https://www.youtube.com/watch?v=T0ANOWWaepU

Paper Talk
From John’s first solo album Caught In The Crossfire.  A solid album, pre-Asia. Smooth atmospheric tune that eventually builds up. Great track, one of many here that would’ve made nice single releases in the early 80s. Martin Barre [Jethro Tull] on guitar.
https://www.youtube.com/watch?v=JyJt3G7Cvgk

Only Time Will Tell
There was a string of huge hits off this debut album in ’82, and a number of classic album cuts that were a bit more progressive. I’ll take this one, with it’s classic keyboard intro, and it’s melody and John’s delivery of this tale.
(2) Only Time Will Tell by Asia REMASTERED – YouTube

Go
The lead off single from the 3rd Asia album Astra, after Steve Howe departed, and in came ex Cobra guitarist Mandy Meyer. Cool rock tune; one of the harder edged songs from Asia.
https://www.youtube.com/watch?v=OubZVZyl2ww

Right Where I Wanted To Be
First track on John’s Battle Lines album, one of my favorite albums he did. A nice uplifting pop track; great singing and production. He sounds happy here, and the rest of the album is an amazing set of songs.
https://www.youtube.com/watch?v=j6irjPeDcuc

After All
A classic piano ballad from Arkangel. Beautiful tune.
https://www.youtube.com/watch?v=JMSdYZkSr8Q

Never Again
Perhaps the heaviest Asia riff, from the Phoenix album. Too bad this song wasn’t around for the Alpha album.
https://www.youtube.com/watch?v=Ye1G008IatI

Tomorrow The World
From the last album featuring the original Asia line-up. This is my 2nd favorite Asia album, lots of cool pop-rock, memorable and catchy songs. This is a great upbeat opening track.
https://www.youtube.com/watch?v=RnJu1_12WJI

Here’ most of the items I took with me to Buffalo, that John signed. I also have a few Heep posters hanging around… 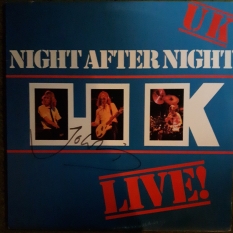 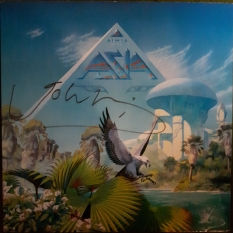 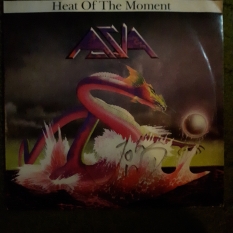 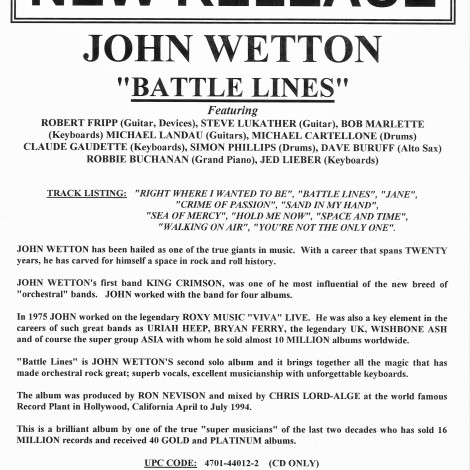