Since vinyl LPs were deemed out of style in the late 80s/90s, with the push towards CDs, many great albums during the 90s and up until now never saw a vinyl release, and with the cost of manufacturing LPs and buying them since vinyl started making a comeback over the past 10+ years – many new albums are still only seeing a CD or download release. For myself, in most cases – I like to have a complete set of something, unless there’s something I really don’t like in the set; or it may be that I really love a particular album and would love to have it in that format. Bare in mind, I also felt many CDs were too long, with the longer format allowing for artists and record companies to just throw anything on with no thought to running order or best quality; hence many albums would benefit from a simple 9-10 LP release, with a few dodgy tracks left off and or used as ‘bonus’ material elsewhere. So, here’s a dozen albums that I’d like to one day see issued on vinyl. For the record I’ve checked these releases on discogs.com to see if there ever was a vinyl LP version. 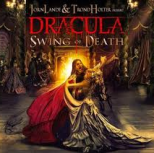 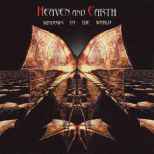 April Wine – Attitude
Canada’s April Wine made this aussum comeback album in 1993, but at the time LPs were no longer ‘in’, so this was a CD & cassette only release. Classic hard-rock ‘Wine! With 14 songs, could make a decent double LP.

Styx – Cyclorama
The band’s first album without Dennis DeYoung, and only 1 of 2 since 2003 [excluding the covers album]. I really liked this one, far better than their previous “Brave New World” album. Featured Lawrence Gowan in for DeYoung and Glen Burtnik, and a mix of great songs like “These Are The Times”, “Fields Of The Brave”, and “Captain America”. Another with 14 songs, could make for a decent 2LP set.

Vanderhoof – Vanderhoof
I got this in 1998 to review at the time [as with a few here]. This album was a great surprise – being a Heep fan, loved the classic heavy rock sound and mix of guitar and Hammond organ. This all coming from Kurdt Vanderhhoof of Metal Church. Killer tracks like “Take To The Sky”, “Out Alive”, and “Machine”. He did a follow up album, but not as impressive.
https://outsiderrock.wordpress.com/2020/03/26/interview-with-kurdt-vanderhoof-from-the-archives-1999/

Talas – If We Only Knew Then What We Know Now
Talas was legendary in the upstate New York area in the 70s and early 80s, with a few line-up changes, but the recording & classic line-up was the trio of Billy Sheehan, Dave Constantino, and Paul Varga. In 1997 they played a sold-out show in Buffalo [Kleinhan’s], and released this 15 track live disc just in time for the band’s 1998 show. It would be a few years before any further shows, and more recently Sheehan have reformed an 80s version of the band fronted by Phil Naro. BUT, this is an excellent live recording, and with the ‘bonus’ track [from Japan CD] – this would make a killer 2-LP live release.

Ten Years After – Now
I knew [and still do] very little of TYA when I got this years ago [2005]. At the time the band had long since parted ways with Alvin Lee, and in his place was Joe Gooch. I really liked this album, heavy blues rock, a lot of great songs like “Time To Kill” and “When It All Falls Down”, an enjoyable listen. Cool cover [at least the Canadian version]. Gooch did one more studio album with TYA, which I’ve yet to get. Would love to have this reissued on vinyl.

UFO – Walk On Water
This album was a big deal when it came out – a reunion of the classic line-up, new album issued in Japan first on CD – a killer album, as good as the band’s classic 70s stuff. There’s been a number of other issues on CD – many drop off the 2 remakes at the end of the album, but there has never been a version of this on vinyl. A few of the post 2000 albums have been reissued on vinyl in recent years, but not this one.

Heaven & Earth – Windows To The World
The first ‘band’ album from Stuart Smith’s band H&E; this line up featuring Kelly Keeling on vocals [ex Baton Rouge, MSG]. Solid album of 11 tracks [+ a hidden track] from 2000. The band’s later 2 albums are both excellent, with numerous line-up changes, and nice cover art, issued on vinyl.

Coney Hatch – Four
The reunion album of this Canadian band from 2013. Plenty of cool rockers on here with “Boys Club”, “Revive”, and “Blown Away”. I enjoyed the band’s three ’80s albums, and this cover art is an improvement over the band’s last album [“Friction”], so I’d be happy to have the complete set….maybe make a mixed tape of CH songs!?
http://www.travellersintime.com/UniversalWheels/Hatch2014.html

Jorn Lande & Trond Holter – Dracula : Swing Of Death
I like concept albums, especially if they’re not dragged out over a very long CD with a pile of filler and endless guests all to tell a simple tale. This is a great concept album from 2015, with legendary metal singer Jorn Lande and guitarist Trond Holter, who tell the dark story of Dracula in this rock ‘opera’. Ten tracks, very heavy, yet plenty of melody and a few quieter pieces. Pretty fitting cover art.

Berggren/Kerslake Band – The Sun Has Gone Crazy
A collaboration between former Heep & Blizzard of Ozz drummer Lee Kerslake, and singer/guitarist Stefan Berggren [ex Company Of Snakes]. A solid rock album from 2014, featuring a number of excellent rock tracks like “Walk Tall”, “Back On The Road Again”, and “Super Sonic Dream”. A triumphant album with Lee, years after he had to retire from Heep, for health reasons. Would love to see this on vinyl; a must for fans of classic Heep. Pretty cool album cover too.
http://www.travellersintime.com/UniversalWheels/Kerslake2014.html