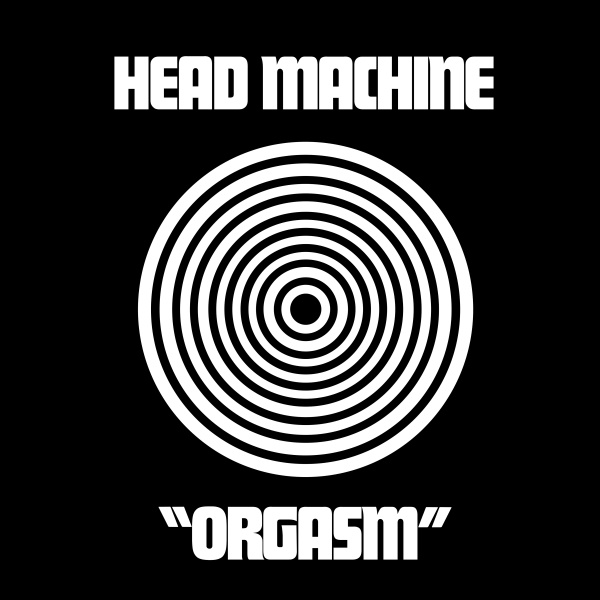 For anyone not familiar with this album, it is a ‘must have’ for Uriah Heep fans. The album once mysterious and extremely rare & sought after by fans who knew it’s Heep connections [w/ original pressings being very costly], is a heavy album of psych rock featuring Ken & Lee, with Ken singing, and his guitar and Hammond sound. Very heavy in places on gems like “You Must Come With Me” and the title track, as well as a few softer moments such as “The Girl Who Loved, The Girl Who Loved”. Fave cut for me is “The First Time”, with it’s lengthy organ riff intro and harmonies – this would’ve made a fine Heep track. If you’re not familiar with this, but love the early Uriah Heep stuff – you will surely love this album, forgotten for decades, and finally given a proper re-issue, thanks to producer David Paramor.

Head Machine’s Orgasm album was recorded in 1969 and this is the FIRST OFFICIAL RE-RELEASE of the album since 1971. Every other re-release since then has been a counterfeit.

This 50th Anniversary Edition has been given a 2020 re-mastering and its better sound quality than any previous edition. The packaging is a 6-panel digipack and the booklet features new liner notes by David Paramor plus exclusive comments from Ken Hensley, Lee Kerslake and Brian Glascock.

Work on this re-release was completed in early 2020, for a May release which was the 50th Anniversary month of it’s first release. The Covid-19 pandemic delayed that plan and then the publicity was held, when Lee Kerslake and then Ken Hensley passed away, to ensure the painstaking work undertaken on this re-release wouldn’t be mistaken for a cash in.

The original producer David Paramor endorsed the re-release saying “This album is a chapter in the history of everyone involved, and in these days of less prudish attitudes, I hope this 50th Anniversary release will bring some of the tracks to a wider audience.“

Head Machine official merchandise has been made available for the first time via this link: https://www.redbubble.com/people/HeadMachine/explore