Well, it’s been a while. Life happens, you get stalled, but new music [and old] always gets one going again [even briefly]. I’ve said before I am not a fan of writing reviews, but some releases are either exciting, historical, or fun to comment on, so…

I’ve found as I’ve gotten older and as life changes I’ve been going back to discover or even re-discover classic rock from the late ‘60s and 70s I’d either missed or passed by throughout the years. Maybe I’m just getting older, but over the last several months I’ve picked up most of the Beatles catalogue, a few Steve Miller Band LPs, some early Chicago, Bad Company, … incidentally I’ve picked up plenty of metal too [Helloween, Jorn Lande..]. There is so much amazing and unique music in that period from the mid 60s to mid 70s – there is no other era like it! It’s interesting to go through Beatles albums and appreciate the productions, and the band’s changes. And who makes big band rock, like those early Chicago albums? Or those simply cool Steve Miller Band albums from the mid ‘70s? Nobody! 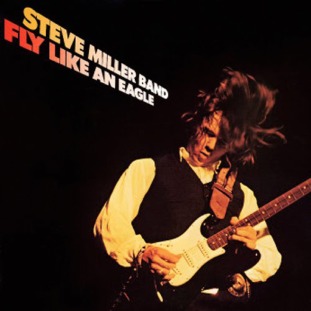 Anyway, over time I’ve been cleaning out my collections [anyone collect cassettes or VHS tapes, btw?], and filling in many gaps of great music from the past. Incidentally, am pretty much back to buying almost all vinyl, for a few reasons. One being the jacked up prices of used albums! Just because something’s old – doesn’t mean it’s worth $20 and up! I see very few Beatles used LPs under that price, and even then they’re beaten to crap – so why not just start fresh and buy the re-issued vinyl, roughly in the same price range!? And really, some bands were either just not that great or their albums over saturated the used LP market so much, that who the hell would pay much for them!? Albums that were worth $3 ten years ago – haven’t become so much better or too hard to find with age. Seeing run o’ the mill 80s LPs like Poison, Warrant, a few Dokken for over $10! Really!?? Were Motley Crue albums worth anything prior to their farewell tour announcement? Don’t think so! Not that they were bad albums [well…] but hugely collectable!? And as much as I enjoy my Styx and Foreigner LPs, why would anyone pay $12 for “Foreigner 4” or Styx “Paradise Theatre”? These albums could be [and still can be in some places] found in any dollar bin for years! Having said all that, I’m all for buying new vinyl and re-issues. I’ve just had to be more selective in what I spend on. I like my new re-issued 2LP set of “Band On The Run” – but will I buy the entire McCartney catalogue at that price? Hell no!

Here’s a few new releases from the past few months…..

After all the press Joe has stirred the last year or so with his plans for a Rainbow reunion, and then his comments when Ritchie Blackmore announces Rainbow without him, and Deep Purple’s Hall of Fame mess – a new release is a great plan! Especially since it’s titled after a Rainbow song! Hmm… Seriously tho, this was recorded live by Joe’s solo band after Rainbow broke up [w/ Blackmore reuniting with Purple], and Joe’s debut solo album “Rescue You”. That was a fairly decent AOR album, not too far from the direction Rainbow had gone in during the JLT era. Rescue You featured original Foreigner keyboard player Alan Greenwood, who also co-wrote most of the songs. “Street of Dreams – Boston 1985” includes the same band Joe used on his album, and the set is comprised of most of the tracks from Rescue You, plus a few others, including Rainbow hits “Stone Cold” and the title song. It’s a really good recording, and I much prefer the energy to this live set of Rescue You songs to the studio ones. Probably could’ve used another Rainbow track or 2 in the set, but well give credit to Joe for moving forward with his new stuff at the time. Joe’s recorded so much stuff over the years, either in a band, solo, with someone else – it’s hard to keep up! But this is a welcome addition for fans of JLT [and those that liked the Rainbow-wanna-be-Foreigner period]. A cool revisit to the ‘80s.

Geez, I don’t know where to start….i like Joe Lynn Turner on his era of Rainbow songs, but when it comes to him doing the Dio stuff [“Man on the Silver Mountain” is fairly average all ‘round]or the obligatory “Smoke On The Water” – I’ll pass! This comes from an era where Blackmore pushing what was once a mighty powerful band into a mainstream ‘80s pop-rock American sounding band – like a pile of others. Turner, as good all round as he is, fit that Americanized direction. Anyway, this is actually a great sounding recording from that era, post Graham Bonnet. The band itself sounds killer on “Catch The Rainbow”, classic epic Rainbow…. But this period just seems to be a bridge from 2 very different bands…. If ya know what I mean….

Very heavy power metal from Spain, perhaps notable for featuring singer Ronnie Romero – who is the new singer in Blackmore’s Rainbow! Lords of Black features ex Saratoga members Tony Hernando and Andy C, and their 2nd album is co-produced and mixed by Roland Grapow [ex Helloween, Masterplan]. Not far off from the Helloween approach, minus the harmonies and slight commercial / anthem approach, and Romero has a huge voice that will definitely suit Rainbow. ‘II’ blazes off early with “Merciless”, along with “Only One Life Away”, and “Cry No More” is damn cool. Also features slightly more melodic rockers in “New World’s Comin” [w/ piano], “Insane” and 9 minute epic piece “Ghost of You”, nice acoustic intro and dramatic build up. Interestingly, ‘bonus’ CD includes a number of covers, including Rainbow’s “Lady of the Lake” to really check out how Romero will sound in that role.

Wonderworld’s debut album was a great surprise, full of heavy rock, kinda funky in a Glenn Hughes vein, with enough pop elements to give it a wide appeal and a pretty different sound and style of their own. ‘II’ follows that up nicely with the same sort of solid set of guitar rock that flows so well from track to track. Lead off track “Forever Is A Lie” is a standout rocker, as is “Elements” that features a classic riff opening, and “Return To Life”. Wonderworld changes things up more on this album with a few more slower moody ballads and epic pieces like “Echo Of My Thoughts” – with the addition of the Hammond organ (would be cool to hear more of that on here), “It’s Not Over Yet”, and “Memories”.

Interesting cover art! Looking forward to more from these guys; they are actually something new and different to anything else out there I’ve heard!

[now, just waiting for my vinyl copies to arrive!] 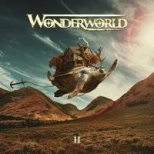 Joe Bouchard – The Power of Music

The latest full album [4th] from the original Blue Oyster Cult bass player! This has a theme of music running through it – nods to the history and different styles. “Walk With The Devil” features a heavier intro and cool hook; this would’ve been a classic BOC number. “36 Strings” settles back in to Joe’s upbeat acoustic [Americana] feel, while “Dusty Old Piano” is a ballad lead with the instrument; it builds up nicely, and I can also easily see this as a classic BOC cut. Lots of cool stuff here – the upbeat “Is He The Wolfman” [love the Hammond intro], the lone John Elwood Cook tune “Photographic Evidence”, and the haunting, mainly keyboard instrumental “Touring Age”. Ends neatly with an updated and rocky version of BOC’s “Career of Evil” [a nod also to the book of the same name – inspired by the song title!].

Quite a journey and mix of tunes that flow well, especially if you ‘get’ the theme. Well played.